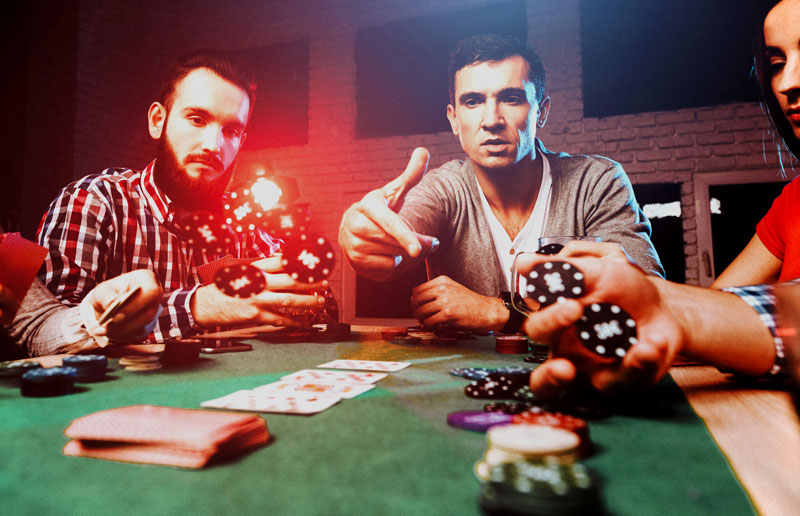 Why is it important to find out more about Phil Ivey’s poker strategy? Because he is one of the best, or, as many people believe, simply the best poker player in the world. Which means that he plays poker better than other poker players do. Or, perhaps, he plays poker a bit differently, applying various strategies, tactics and styles – whatever – anything that makes him hold all the aces. He must be doing something, or know something, special – something only a few poker professionals can really master, which makes him successful in poker tournaments and online casinos.

Many poker players are very good at odds and math. Many have a really good “feel” of the game, able to know whether the opponent has a good hand and whether the right card will be drawn at a particular time. But only a few pros have managed to win as much money as Phil Ivey. Perhaps a strategy is what makes the difference.

Strategy, from Greek στρατηγία (“stratēgia”), is an art of troop leadership or generalship, the art of making general decisions and development of overall solutions. What kind of strategic decisions, or maybe even his own game policies, does Phil Ivey apply in playing poker?

Learn to Deal with Losing

This is a fundamental strategic approach to poker that Phil successfully uses. In other sports, the best players or teams can remain undefeated for a long period of time, their winning streaks lasting for many months. Specialists and journalists often talk about a “winner’s psychology” – a kind of specific mindset of a winner who knows he is one of the best and, at the same time, realizes he must prove it in every game. It is totally different in poker, as this “winner’s psychology” attitude can really make you a psycho. Because in poker, you can lose any time, anywhere and to anybody, and you should be ready for it – because poker is partly a game of chance.

To become a good winner, you first need to become a good loser – the one who understands that the most important thing is the quality of his game decisions. And that he may lose making good decisions, too – just because it is poker and not every good decision is awarded a win.

Unlike many other poker professionals, Phil Ivey admits that he does not have a certain playing style. Strictly speaking, the very concept of style in gameplay is doubtful. In many cases, people talking about certain styles just apply a descriptive epithet; or rather, a label to something they don’t really understand. Besides, players who claim they play in a certain style considerably limit their versatility in decision-making.

Strategy-wise, you should be able to play in a different style or use different tactics, depending on all the gameplay factors you take into consideration. You should be flexible. Adjust your decisions every time the situation changes. And the main factor for adjusting your decisions is what your opponent is currently doing. Take note of how he is opening, betting, re-raising, etc.; analyze his decisions as thoroughly as you analyze your own and adjust yours all the time.

Phil developed this playing flexibility since the very early stages of his career, often confusing his opponents. And it still does, as Phil can play one hand very aggressively and another very passively; he can play the position and then make surprising moves from early position. His strategy is to vary his tactics according to what his opponents might be doing. Of course, such a strategy is inconsistent with playing only one style.

Poker is a decision-making game, which means that you should also decide at which table to play or not play; which tournaments to focus on and which to avoid. You need to make strategic choices.

Phil Ivey apparently focuses on high-stakes cash games in Vegas. In some cases, he got rid of his tournament chips in order to participate in a $4,000/$8,000 side game where he could win more money than in the whole tournament. The same relates to skipping WSOP in favor of playing in Macau for bigger money or playing online when the best players are busy in tournaments.

There can be another way to choose the most lucrative and promising tournament options. That is what the best poker professionals do all the time: work out their tournament strategy.

You should note how many poker games Phil Ivey masters. He is successful and wins prizes in all kinds of Hold’em, Omaha, S.H.O.E., H.O.R.S.E., Razz, 7-Card Stud, Deuce to Seven Draw Lowball… Not to mention blackjack, of course, as we all remember that casinos sued him for being apparently smarter than they are. But back to the games – it might be surprising to play several games. Why not focus on one game to develop your skills profoundly? Why dissipate your strength?

Perhaps, in card games, the strategy is to master as many games as you can, with the exemption of the ones you don’t really like. But if you love playing cards, you are supposed to like all the card games and be eager to learn new games and tricks. It keeps your mind working in the right way. Even more, it can be somehow related to the power of your neural network: the more games you can play, the better you can get in each.

A tough thing about Phil Ivey’s poker strategy is that it works well for Phil Ivey, but it is not easy to implement if you are not Phil Ivey. Poker strategy goes far beyond poker itself, which is very true for every kind of strategy. We have touched upon only a part of Phil’s strategic approaches to the game, but it is already obvious that in order to acquire and successfully apply at least some of these strategies, you need to change many things you might be used to – and not in playing the game itself, but in your approach to the game. Which is quite hard work to do. But that is what it takes to become a successful poker professional like Phil Ivey.