Phil Ivey vs Other Players: Toppling Over the Giants (Part 1) 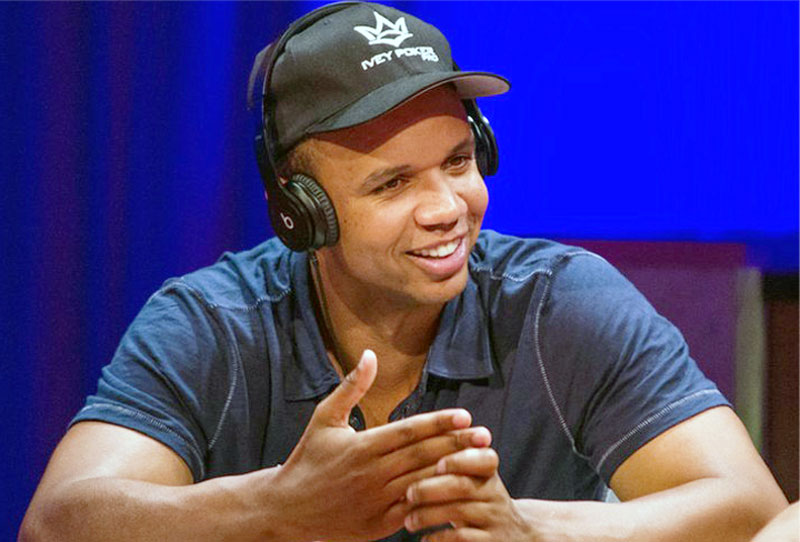 Phil Ivey vs Andy Beal: How to Win $16,6 Million in Three Days

Phil Ivey is one of the best recognized and most feared players in the world of poker. He has earned this reputation by playing highest stakes duels and high roller poker tournament series. Let us check some of the most outstanding performances his reputation is built on.

Looking back at some most notable games Phil Ivey has played, we should definitely stop to have a look at his outstanding duel with Andy Beal on February 21-23, 2006. And to understand why this encounter is worth every attention, we should not only mind the numbers, but also the personalities involved. And while there is no need to explain what Phil Ivey’s name means to the world of poker, a couple of words should probably be said about his opponent, Andy Beal.

Andy Beal is a very rich man with an estimated net worth of more than $9 billion, and also a very interesting personality more generally, as well! A banker, a philanthropist, a businessman, an investor, a mathematician, a number theorist, and a poker player in one! He is known for having accumulated his wealth in banking and real estate, and also for having developed the Beal Conjecture – a generalization of the famous Fermat’s theorem. Andy Bean has also studied poker game from the point of view of mathematics and probability theory. Perhaps one day he just decided he could beat anyone in that game. But was it really so?

As of 2001, he was already challenging the best professional poker players in the world at very high stakes to play limited Texas Hold’em, including $100,000 to $200,000 games. He was quite successful at that, even managing to win about $12 million in 2004, with some downswings in the following years; but, in general, he still kept moving up! The professionals playing with Beal were collectively called “the Corporation.” They pooled their bankrolls. In February 2006, after three weeks of a nail-biting fight, they were down by around $10 million. It looked like Beal was winning until Phil Ivey, representing the Corporation, finally came on the scene.

On February 23, Beal seemed to have managed to reverse the course of the fight, but it wasn’t to last. The poker pro reversed the momentum again, and this was the most intense part of the match. However, it all ended pretty fast. At about 1 PM, the players shook hands. That day Phil Ivey won an additional $10 million, which fully recovered the Corporation’s loss as of from February 1. Andy Beal announced his retirement from poker.

Phil Ivey Tom Dwan’s: Folding to a Bluff to Lose a Monster Pot

As we know, even the best poker players lose quite often – that is really part of the essence of the game! But when the best players meet by the felt in a bruising cash game, and when the stakes are high and the pots are getting inflated, then the drama and dilemma of winning or losing can reach its utmost. Especially if the likes of Tom Dwan and Phil Ivey are facing each other! 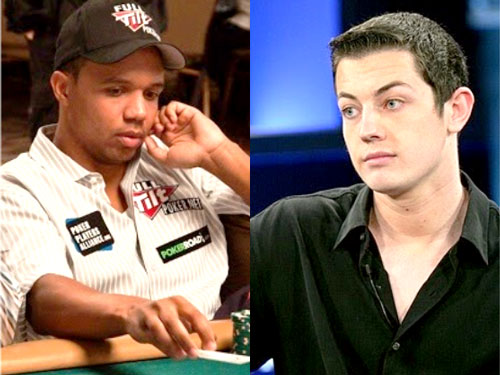 Tom “durrrr” Dwan is known for bluffing cleverly and bravely with no hesitation, while Phil Ivey is known for putting great pressure on his opponent and well-considered, if, sometimes very aggressive, decisions and actions. Hands played by these two players promise more than just a game of real intrigue – they promise a fierce fight and some genuinely unpredictable drama!

And this is precisely what happened during some high-stakes cash games about ten years ago: High Stakes Poker Show on television, $400/$800 No-Limit Texas Hold’em. Gabe Kaplan commentated the show and many poker fans watched it. Dwan had $745,000, and Ivey more than $1 million when it came down to this remarkable hand.

There has been quite a table, too. Just think of it, the players and the playing cards that were dealt to them:

This showed what a storm was about to come. Ivey was on the button with his A♦6♦ cards. The pot grew to $17’500 and Dwan took action in the big blind. His 9♠8♠ looked gorgeously. He could have just called with $3,100, but Dwan is Dwan, and he decided to three-bet to $28,900. It cleared the field, everybody folded with the exception of Ivey. The pot grew to $70,000 and there were only two players left, Ivey and Dwan.

And now they saw the flop:

The board was still heatless, as we see.

These cards were definitely what Dwan wanted to see. Instead, Ivey’s chances to draw a strong hand (a flush or a straight) increased with many possible outs. Nevertheless, Dwan bet $45,800, and Ivey, seeing this board, could only call. The pot got inflated to $162,300 and everybody was eager to see a turn. It was the 3♠! This surely didn’t help either player; but the pot was already too big, and both of the pros were already very committed. With his 9-high hand, Dwan bet $123,200, apparently bluffing, of which Ivey had no idea. Phil still had only ace-high but with a good draw, and he risked to call. The pot had swollen to $408,700 and all the eyes were fixed on the river card to come.

The dealer flopped 6♣. Nothing special for Phil, who had missed a flush and a straight, and only had a pair of sixes now. This river had already been meaningless for Tom who made another gigantic bet of $268,200 bet with just 9-high. And this made the pot grow to a monster sum of $696,900.

This action from Tom was very brave and, in the end, had a devastating impact on the outcome of the game! He knew that Phil had called the three-bet preflop, and also the bets on the flop and on the turn, which was a clear indication that Phil did have something and also counted on the draw. However, it was almost impossible to identify whether Phil was satisfied with the turn and especially with the river – Ivey’s poker face was still impenetrable. Nevertheless, Dwan was undeterred and finally fired his last barrel! He must have figured that this particular board, being so mixed and patchy, had hardly ended up improving Phil’s hand.

Perhaps, noting Tom’s betting behavior, Phil thought that Tom must have been drawing a straight, and perhaps had even hit it! That was the moment when Phil tanked and hummed for a couple of very tense minutes and then decided to fold. Maybe he was too focused on his feelings of disappointment after the turn and the river? But anyway: he was holding one pair but then folded to the bluff of his opponent, who only had a 9-high card, and who had just lost one of the biggest televised pots ever. But this is just how it goes in poker.