Phil Ivey Cases: Cheating or Not? 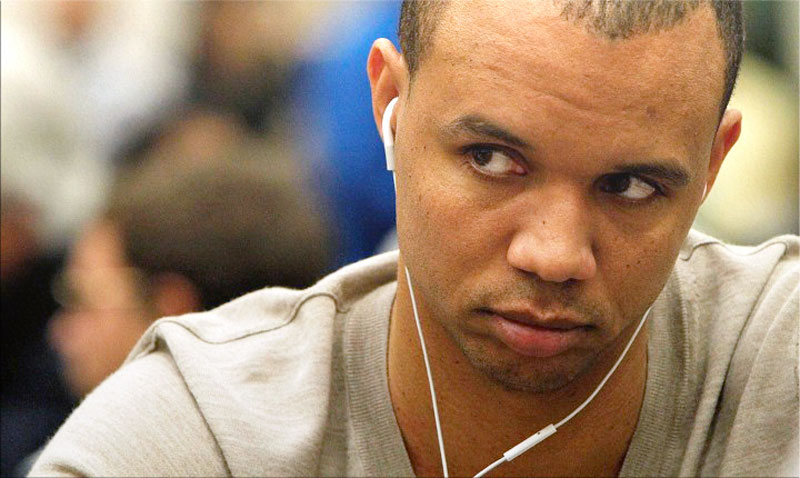 The news that world-famous poker player Phil Ivey might be a cheater has struck the whole poker community like a bolt from the blue. Is one of the best poker professionals – #1 player in many ratings, a living legend of poker and a member of the Poker Hall of Fame – just a fraud? It cast doubt on his character and called his entire career into question. The size of both suits launched against him was also impressive: about $20 million. So, what did he really do, and was he, indeed, cheating?

What Exactly Did Phil Ivey Do and Was It Cheating?

In 2012, Phil Ivey and his female accomplice, Cheung Yin Sun, played high stakes Punto Banco (also known as North American Baccarat) at Crockfords Casino, London, and won about $10 million. But they did not get their prize money; moreover, the casino ran an investigation – not only because of the sum but also because they had suspected that there was something wrong with the win. Having investigated the case, they eventually returned Ivey his stake but refused to pay out his winnings, accusing him of edge sorting – an allegedly unlawful trick to gain the advantage.

The cards physically shuffled and dealt do not always follow a random sequence due to manufacturing non-uniformities. This cut incongruity can be visible if you carefully look at the patterns of the cards’ backs and notice a slightly asymmetrical pattern – indeed, very difficult to detect. These particular purple cards were manufactured by Gemaco, one of the leading producers of cards, casino chips and table layouts. But, nevertheless, this almost undetectable miscut has been overlooked by quality control as it apparently falls within the limits of the precision tolerance that manufacturing machines have.

In Punto Banco, a “banker” and a “player” are dealt two cards each. Similar to blackjack, more cards can be drawn. The goal is to achieve a total value of a hand as close as possible to nine. The face cards and tens count as “0.” Hence, cards such as 6, 7, 8 and 9 are very important in Punto Banco. Ivey repeatedly asked the dealer to turn cards 180 degrees, allegedly because he was very superstitious, but actually, making the incongruity of the pattern better noticeable. Taking this into account, he would know whether a card was 6,7,8 or 9 without turning it over – a great advantage a Punto Baco player might get over the casino.

Bad news travels fast. Borgata Casino in Atlantic City found out about his case and decided to accuse Phil Ivey of unfair winnings of $9.6 million some time ago. So, they also filed a lawsuit in an attempt to get their money back.

Is Edge Sorting Cheating or Not?

This question is not that easy to answer. Many judges in the US and the UK have tried to sort it out, but there is still a lot of controversy. Courts tend to support the casinos’ side, calling edge sorting “a shady means.” Indeed, once a Punto Banco player knows the cards dealt, the outcome of the game will be in his favor.

But both cases, strictly speaking, are unprecedented. As Ivey and Sun did basically nothing to change the gameplay, the applicability of the very concept of “cheating” is quite dubious here. The defense argues that Phil Ivey just played the cards the dealer had dealt to him. Even if he had noticed the incongruencies in the patterns on the cards’ backs, he bore no responsibility for card manufacturing, cutting machine precision tolerance and quality control issues.

The Questions that Still Have to Be Answered

Par for the course, the poker community is on Ivey’s side. If the casinos use plenty of “shady means” to increase their edge, starting with the free alcohol offered to the players, they do not have any moral right to claim that a player is cheating with edge sorting or any other kind of advantage gambling. Besides, some people rightfully note that neither Phil Ivey nor any other player in the world is obliged to tell the casino that he has found a way, presumably shady or not, to increase his edge. People come to casinos because they want to win money, after all. 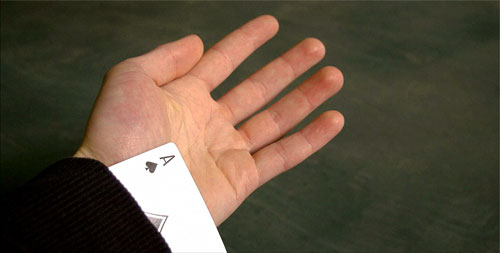 Another thing is that Ivey and Sun asked the casino dealers to do certain things, and the dealers agreed to turn cards 180 degrees and leave the same deck the next day, just because Phil told them he was superstitious. The casino could have refused; however, knowing that both the stakes and the house edge were high, the casino counted on winning good money and that is why Phil and Sun heard “yes” instead of “no.” The casino agreed to everything the players asked for. They even offered what was not asked. That is what casinos normally do when millions are at stake.

But there was a choice. The casinos were not obliged to do what they did. Neither were they obliged to use the incongruous cards, by the way. They could have checked the cards more carefully. Didn’t they know that the cards were somehow miscut? Or was it Ivey’s fault for not kindly informing them?

The word “surreptitiously” has been used many times during the legal procedures. But why should we call it “surreptitious,” or sneaky, when a casino whale asks to do this and that, and the casino gladly agrees? Just because he did not tell them what he had in mind? But he didn’t have to. Nobody in their right mind would tell the casino, “Look, guys, I know how to win big from you, so please do this and that, okay?”

Both Ivey and the casino have mutually agreed on the proceedings, and that the game was played by the rules. Phil Ivey had tilted the game to his favor, but who was to blame  – Ivey or the casino? Wasn’t it obvious to the casino that Ivey made the request to turn the cards and to use the same deck with the only purpose to increase his edge? Wasn’t the deck of cards theirs? Did Phil try to insert or withdraw a card or two from that deck, or to “load the dice” in any other way?

As the sum of both legal cases is, indeed, very high (up to $20 million), and players around the world are very interested in the exploitable edge agenda, this issue has attracted a lot of public attention and is still widely discussed. The status is that Crockford casino never paid Ivey, and Ivey never paid Borgata, though the court ruled he should. It is hard to say whether the casinos bluff with these lawsuits: their position seems quite problematic but stronger thus far as the juries are on their side.

But the cases actually address much wider agendas, including the very fundamental principles of gambling and especially the voluntary nature of it. A player agrees to pay to the casino if he loses, and the casino does not object paying the player if he wins – that is the mutual agreement. Ivey loses – he pays. Ivey wins – the casino pays. As simple as that. And if the casinos had agreed to the “minor” change Phil Ivey had asked them to make, then the agreement still stays valid and the game is played.

But perhaps the poker star has made a mistake – maybe a big one. He should have known or figured that the casinos would not let him get away with such wins that easily. Phil Ivey should better understand his outs. To avoid trouble, he could have confined himself to a smaller win of a million or two – just enough not to raise suspicion. But he did neither of the above and that was probably his biggest mistake.