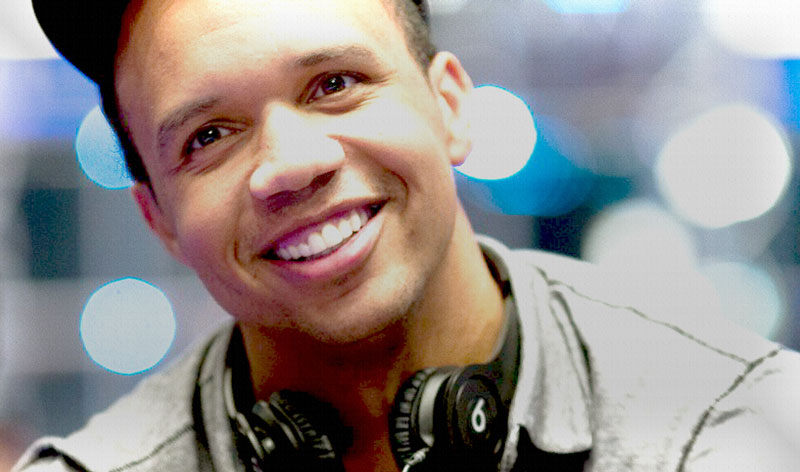 Phil Ivey is one of the best poker players of our time. His stats are certainly very impressive: his total live earnings are more than $26 million, and the best live cash win is $3,582,753, as stated at the Hendon Poker Database. He holds a very high 12th position in the All-Time Money List. Besides, his popularity ranking is also very high: he is placed second after Daniel Negreanu (1st) and before the other two titans Fedor Holz (3d) and Phil Hellmuth Jr (4th). His name is often seen on poker news sites.

Indeed, his track record is remarkable. He has won ten (!) WSOP bracelets and one World Poker Tour title. Phil Ivey has appeared at nine World Poker Tour final tables. There was a time when many pokers observes thought he was the best professional poker player in the world.

In 2002, after winning three WSOP bracelets, he was called “phenom,” just like so many young and successful poker players of his age. Apart from “The Phenom” nick, he was also called “the Tiger Woods of Poker” – they obviously gave him the latter nickname because of his African-American origins, as well as  Phil’s own golf skills, of which we shall talk a bit later.

Phillip Dennis Ivey Jr. was born on February 1, 1977, in Riverside, California. When he was three months old, his parents moved to Roselle, New Jersey. His grandfather, Leobardo “Bud” Simmons, taught him to play poker when Phil was about 8 years old.

At about sixteen, he used a fake id in “Jerome” to play in Atlantic City casinos. As he had spent a lot of time by the tables playing through and through, he was soon called “No Home Jerome.” Eventually, he moved to Atlantic City and began his professional career.

He met his wife when he was 17. Her name was Luciaetta, and they attended the same high school. On May 19, 2002, they married at the Little White Wedding Chapel in Las Vegas. They moved to this city two years later, and Luciaetta started to play poker micros. This was a well-known joke of Phil’s at that time: having come back home after losing several hundred thousand dollars, he had to console his wife because she had lost 75 cents earlier that day!

Although this marriage seemed strong, it did not work out. With regret, they filed a petition for a divorce by mutual consent. This divorce was granted in December 2009.

Lucetta claimed that the divorce case’s final settlement was unfair, as she received only $180,000/month in alimony, while Phil had about $740,000/month – that was how his monthly paycheck from Full Tilt Poker was divided! She tried to open the case, but it remained closed.

In response, Phil did not hesitate to disclose more financial details, like the fact that his ex-wife had received a purse collection ($1.2 million), jewelry (over $1 million) plus the alimony ($180,000/month). In comparison, he himself ended up with a credit card debt of $170,000 and “more than $15.1 million in gambling and other debt.” 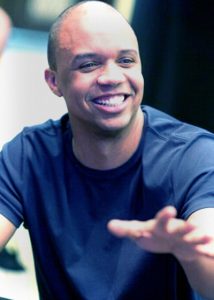 The paychecks from Full Tilt Poker ceased to come in after Black Friday when Full Tilt went bankrupt.

Lucetta Rich (that is her name now) lives in a huge mansion in Tampa Bay, Florida.

Since 2013, Phil Ivey has been in a long-term relationship with Nellie Garcia. She is a fitness girl, a participant of IFBB (International Federation of BodyBuilding and Fitness), and a Crossfit competitor since 2012. This relationship had not been disclosed to the public until Nellie posted some photos on Instagram, showing her and Phil visiting an elementary school in South Africa, distributing school supplies. Later on, she was seen with Phil at poker tournaments in Macau, Las Vegas, and London.

Phil Ivey is also a founder of two businesses related to poker. The first one is Ivey Poker – a “play for free” poker app. It was established in 2012 to allow regular players to play poker with the likes of Ivey himself.

His second company is called the “Ivey League.” Phil himself dedicated a lot of time to this project. “Ivey League” is a poker teaching and training site operating since 2014 as a college. There are three plans for learners to choose: no cost, $9 per month, and $75 per month. Many professional couches are participating in the project, altogether over 30 of them, including such prominent figures as Patrik Antonius, Chris Kruk, and Cole South.

Honoring Phil’s grandpa’s memory, Phil and his mother Pamela Simmons-Ivey established a company called “The Budding Ivey Foundation. This man was known for his charitable work for unprivileged children to give them better life chances. The Budding Ivey Foundation is continuing Leonard’s efforts, and they are actively participating in projects involving children’s literacy and some Feed the Homeless programs. Phil Ivey is also taking part in other charity activities for underprivileged children.

Phil Ivey starred in a smashing 30-second commercial for the 2015 Chrysler 300. It was a cameo appearance. Phil was first seen from behind, walking from a casino to his flashy Chrysler car. The voiceover of Peter Dinklage, who had starred in “Game of Thrones,” is heard: “There’s nothing wrong with being flashy, so long as you’ve done the work to back it up!” And then we see Phil’s face, including a quick frame behind the wheel.

People who have seen this ad say Phil could be a good actor. And maybe he is – playing live poker tournaments does necessitate some good acting skills!

He is also a dedicated sports fan, and he is often seen wearing basketball jerseys of different teams. His favorite teams are the Los Angeles Lakers, Houston Rockets, and Buffalo Bills. He likes proposition betting, video games, and golf. He even played in the inaugural World Series of Golf, having finished 4th in the final group. But the latter success is no surprise – Phil Ivey is a very skillful golf player!